Tylden landcare group has had a focus on Gorse control and revegetation along Premier Mine Road, working with multiple partners, landowners and the wider community. District Gorse control is to be a priority for the landcare group in coming years; particularly mapping. The group has provided trees to members and has run a series of guest speakers to meetings. During more recent times Tylden Landcare group has prioritised the rehabilitation of the Little Coliban River. 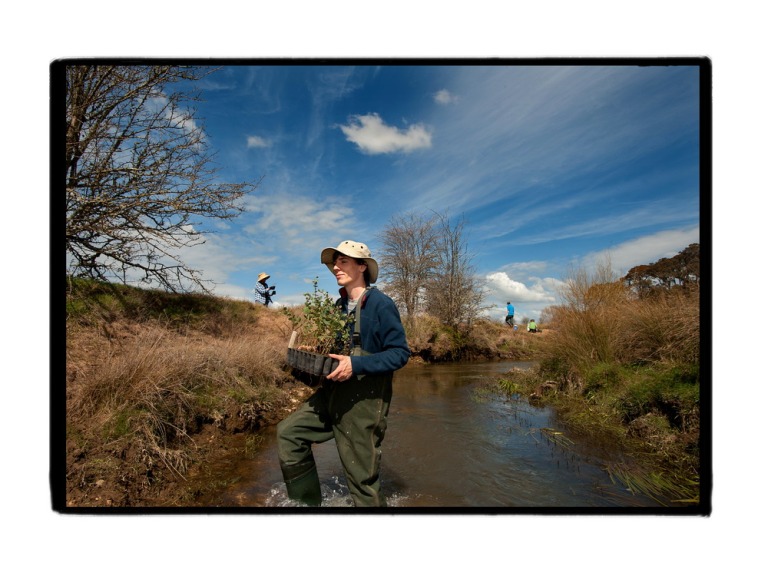 Tim McCaw from Bendigo Tafe at a planting day at the little Coliban River near Tylden. The project,run by Tylden Landcare, grew out of a Victorian Landcare grant which aims to eradicate weeds and revegetate the Little Coliban River.Pic Scheltema.